Why has my veterinarian been so busy? 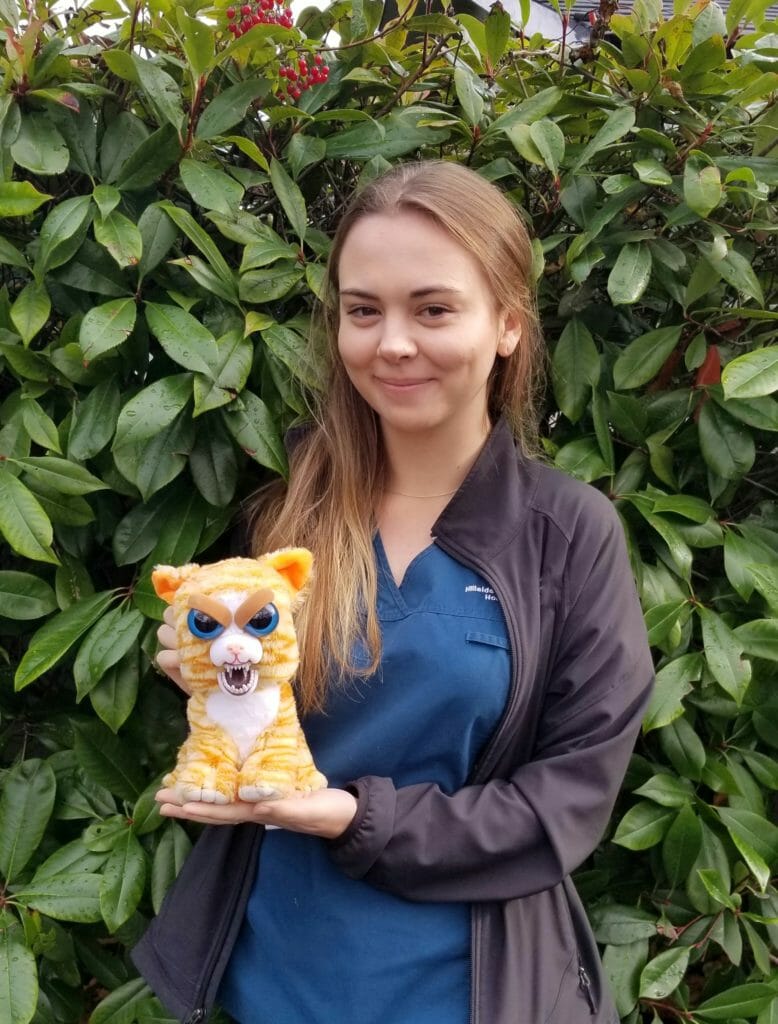 Receptionist
Livs love of animals started at a young age. She grew up volunteering at her local humane society in her home province of Saskatchewan. As a child she had birds, bunnies, hamsters, dogs and cats.
In 2015 Liv moved to Nicaragua where she volunteered at a local animal shelter, did horseback riding lessons and attended a Spanish language school. After falling in love with living near the ocean, Liv decided to move to Victoria. She recently graduated from the University of Victoria with a degree in political science and philosophy.
When Liv is not working, she enjoys taking photographs, taking graphic design classes and exploring the island. Livs favourite part about working at Hillside is seeing how much owners genuinely love their pets. She also has a running list of some of her favourite pet names: Pretzel, Bean Dip, Snoopy, Cheddar and Monkey-face.